Skip to content
When they killed Jonathan near Nazareth – a true story! 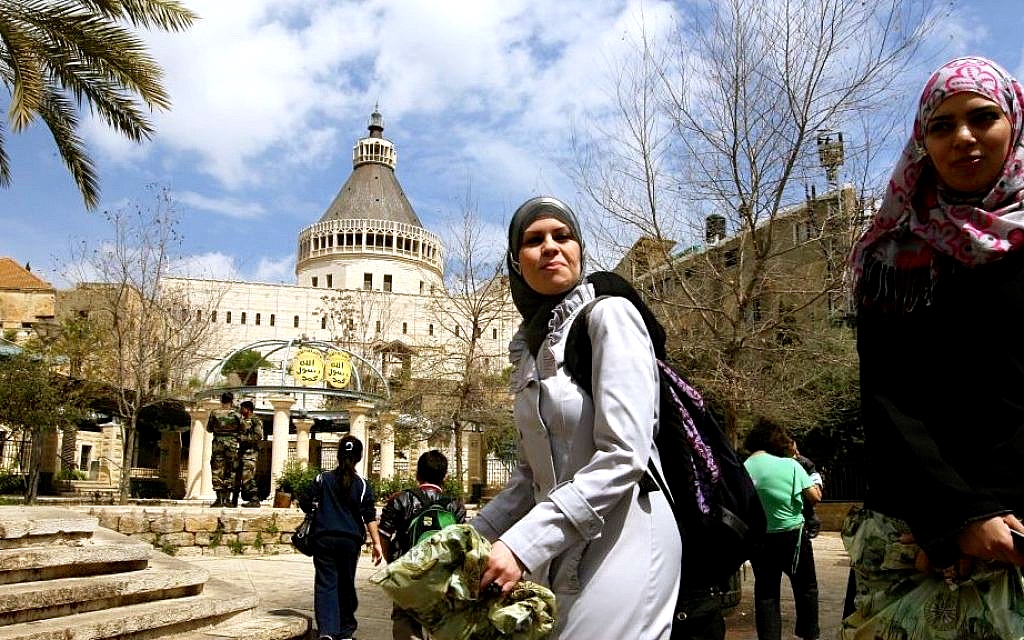 A friend of mine from Israel wrote this amazing true story of love and forgiveness. May the Lord be gloried through this testimony from faithful parents and may He truly bless them!

The media in Israel does not usually discuss Jesus or the message of the gospel. In a country where 95% of its population are Jewish or Muslim, and less than 2% are Christian, the language of Christians is not known to the public.

In the last few weeks, something extraordinary is happening. A pastor from a village near Nazareth has been invited by different media outlets to share his beliefs and is freely sharing his faith in Jesus. His videos are going viral and people from different religious backgrounds are sharing them online. The message of the gospel is being proclaimed to many people! How did all this happen?

Michael and Lubna have been humble and faithful servants of the Lord for more than thirty years. For the first nine years of their marriage they had no children, but the Lord finally answered their prayers and blessed them with a son. At 24 years old, their son Jonathan was a student living at home with his parents who had just returned from a week of vacation in Sinai. When he arrived home, he became involved in a heated discussion with some guys over parking his car. This discussion escalated into a fight that sadly ended with the thugs stabbing Jonathan and killing him. All this happened in front of his parents, who tragically witnessed him bleeding to death.

Michael, the bereaved father, shared a heart-breaking public prayer at the funeral in front of his son’s body. He thanked the Lord for His goodness and for the His perfect will, even though he admitted he did not understand why God allowed this to happen. The short video of his prayer was posted on Facebook and shared by many people, who were astonished by the faith of this man.

I was able to visit Michael and Lubna with a group of pastors from the area. We came to pay our condolences and to encourage them. One of the pastors shared about grief, and we all prayed and also sang “He is Lord” and “You are good for all”. But the real encouragement came from Michael himself, who told us that God’s will is perfect even if we can’t understand it right now. I hugged him on the way out and told him he is a hero of faith and I promised to continue lifting him up in prayer.

Sadly, violence has been increasing in Israel and this is not the first murder in the area this year. In the case of a murder in an Arab village, a certain ritual of reconciliation called “Sulha” is followed in parallel with the formal criminal law system. Within days, dignified people from the wider community (“Jaha”) will intervene in order to avoid the possibility of riots or revenge erupting, and to work on restoring peace and declaring reconciliation (“Sulha”).

The Sulha dignitaries came to meet with Michael a few days after the murder. This group have been visiting every murder scene all over the country, trying to restore peace based on this ancient Sulha tradition, and they have naturally been exhausted by the pain involved in such cases. Families who have lost their loved ones in such tragic circumstances usually refuse attempts to reconcile and reserve the right to take revenge. The Jaha put considerable pressure on the families to encourage them seek a path of reconciliation. The bereaved families may also ask for a large sum of money as a symbolic compensation for their pain, and sometimes ask that the whole family of the murderer be evacuated from the village forever.

When these men arrived at Michael’s house, tens of relatives and neighbours gathered in the yard to hear Michael’s demand for restoring peace, at the same very spot where his son was slaughtered less than a week ago.

Michael gave a five-minute speech that was shocking to many: He told the dignified group that he forgives the murderers and does not have any demands. He said that he would like to share something with them and proceeded to share about the love of Jesus who he follows and serves. He said that he has been walking with the Lord for 38 years and is not going to be shaken because of circumstances, as hard as they might be. He then explained that we have all sinned and need to repent. He continued by explaining that “I do not have an enemy” and he forgives the murderers because this is what His Lord taught him, and this is not an act of weakness. He also approached his extended family in the crowd – some of whom were outraged because of the murder – and asked them to calm down so as not to ruin the testimony that was built over years, and to let the judicial system handle the case.

Suddenly, one of the dignitaries, a Muslim Imam from a large mosque in Acre, came to Michael and said: “this is faith, real faith”, kissing him on his forehead as a sign of deep respect. The chairman of the Sulha committee was also astonished by Michael’s reaction. He told the audience that he has been visiting bereaved families all over the country from the far north to the deep south but has not met a man like this.

The short video of the encounter with the Jaha dignitaries was shared on social media with lots of reactions; most were amazed by the love this man demonstrated, rooted in the teachings of Jesus. As a result, Michael has been invited to speak on the radio and on online news websites that are usually not open to share about faith in Jesus. Michael was given the platform to openly share about his son’s story. He begins with why he named him Jonathan – which means “God gave” – and continues, like Job, to proclaim that “The LORD gave, and the LORD has taken away; may the name of the LORD be praised”. He also shares how he is sure his son is now enjoying eternity with the Heavenly Father, because he accepted Jesus as his personal Savior. He also explains why he took the stand of forgiveness that is so uncommon in our society. In a traumatized society that has suffered lately from violence and revenge, Michael sharing the good news has been like “cold water to a weary soul”. Suddenly love and forgiveness were recognized as a response to hatred and revenge, and as a cure to the violence in the society. The name of the Lord has been glorified by many as they have seen that it is only through the changing power of Jesus that we are able to love our enemies, as Michael demonstrated.

The Israeli police captured nine suspects and investigations into the murder case are ongoing. Meanwhile, Michael is faithfully continuing to share the good news of Jesus with others, in every place and situation that is open for him. Because of his stand for Christ and his living testimony, people from different backgrounds want to know more about the reason for the hope that he has, and he has even been able to lead several people to accept Christ as their personal Saviour – in the same place where Christ’s earthly ministry took place 2000 years ago.

2 thoughts on “When they killed Jonathan near Nazareth – a true story!”