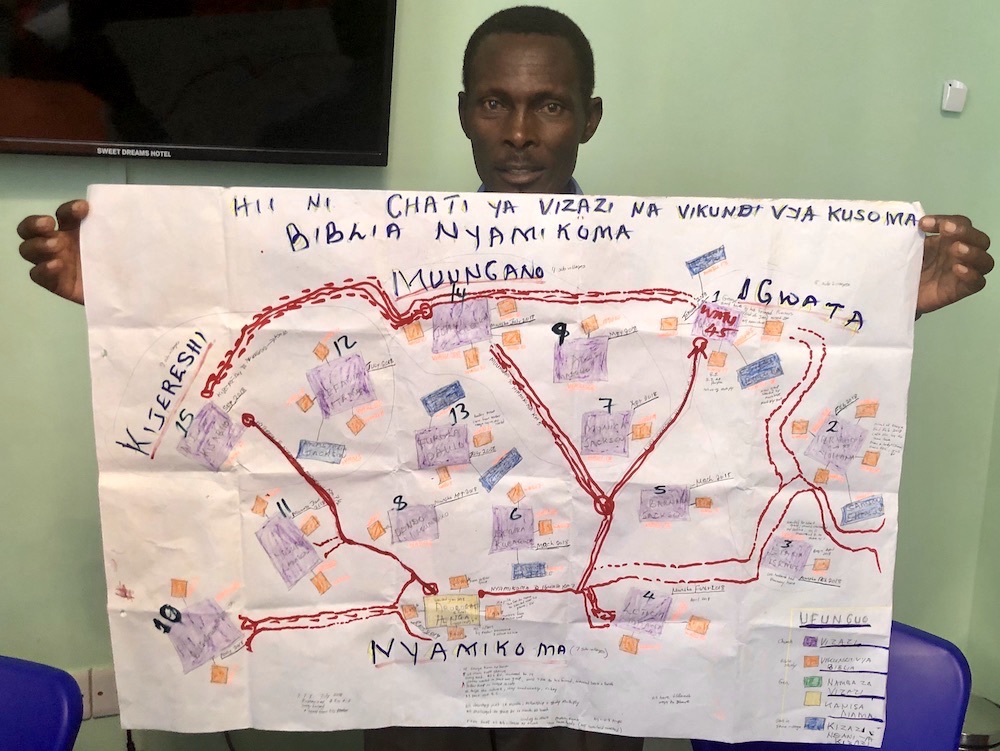 Arobogast Henga unfolded a big piece of paper on which he had drawn his church multiplication chart showing the 25 “generations” of churches God had raised up in the past two years.

Arobogast, like his father and grandfather before him, had been a fisherman in Tanzania. His family had always practiced witchcraft, believing it would help them catch more fish. In 2011, hoping to excel in his fishing business, Arobogast traveled to a nearby district known for its high concentration of witch doctors. Instead, he met Kanagana, a Baptist preacher proclaiming Jesus. And just like Peter, Andrew, James, and John in Matthew 4, Arobogast immediately left what he was doing, followed Jesus, and became a fisher of men and women.

In November 2017 Arobogast attended an MC2 (multiplying churches and faith communities) training offered by our staff in Tanzania. During the training, he learned about the vision to plant a church for every 1,000 people on earth.

He also learned about the concept “person of peace,” “pray-care-share,” and the multiplication of disciples and churches. The training taught him to enable newly planted churches to sustain themselves through intentional discipleship, empowering new believers for ministry and raising up leaders to engage new areas with evangelism and church planting.

Arobogast is a devout disciple of Jesus, a passionate evangelist, and a prudent strategist of church multiplication movements. He walks from one village to the next, coaching church planters, casting vision for multiplication, and sending new leaders to other districts so they can find people of peace and expand the work. His vision is to see a church planted in every village in Tanzania.

But Arobogast is not the only one with this vision in his country; he is a part of a much larger, national, and even international, vision. 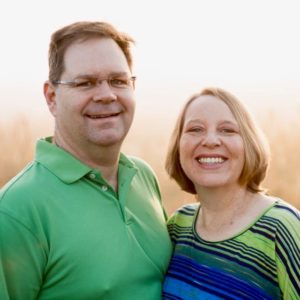